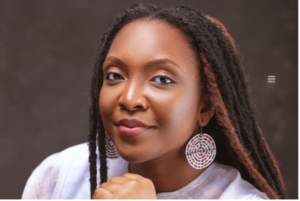 Driven by a passion to create narratives that inspire change, Toluwani Obayan has made tangible contributions to the creative space through writing, directing, and editing as seen in projects like her short film “Heart & Might” dedicated to fallen heroes, “This Lady Called Life” a 2020 film for which she received the Best of Nollywood 2020 Award for Best Screenplay, and an AMVCA nomination for Best Writer, and “Explore the World With Tindel” for which she and the team received the ITFF Africa 2019 award for Best African Film in the documentaries section. She has also found creative expression through her published academic article “Audience Perception of Nollywood’s Recurrent Themes as Agents of Socio-cultural Development”, narrative articles such as “The Tale of a Disgruntled Pair of Nigerian Flip Flops” (a satirical protest against child abuse), and her book “Becoming a Spectacular Woman” (2017). She has a Bachelor’s Degree in Mass Communications and a Masters Degree in Film and Television Studies.