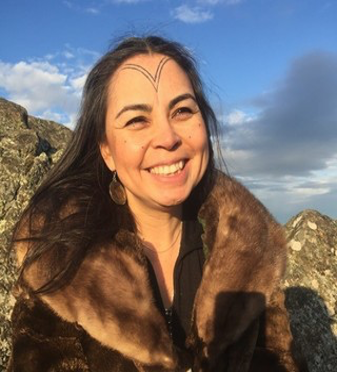 Public Safety & Solicitor General & Emergency B.C. Director, Indigenous Relations and Partnerships Engagement, EMBC Stephanie Papik is of Inuit and Irish descent. Stephanie was born in Akaitcho Territory in the Northwest Territories and raised here in Lkwungen territory. Stephanie earned an Honours Degree in Science, with distinction, at the University of Concordia in Montreal, Quebec. Building bridges between Inuit, Metis, First Nation and non-indigenous people has been a passion that has carried her through her life and career. For six years Stephanie developed leadership skills in Indigenous youth, Supervisors and Mentors as the Program Lead for the Indigenous Youth Internship Program. Through this work, she has been recognized as a Champion for Diversity and Inclusion in the Public Sector by BC Inclusion Works. Stephanie then moved on to the Priorities and Accountability Office in the Office of the Premier where she had the opportunity to support cross government initiatives in the resource sector. Stephanie is now working for both Emergency Management BC and Forest, Lands, Natural Resource Operations and Rural Development, as Director for Indigenous relations and Partnerships Engagement. Her role is to assist in the cross-government, coordinated approach for the review and planning for implementation of the recommendations contained in the Abbott/Chapman Report in preparation for future wildfires and floods.